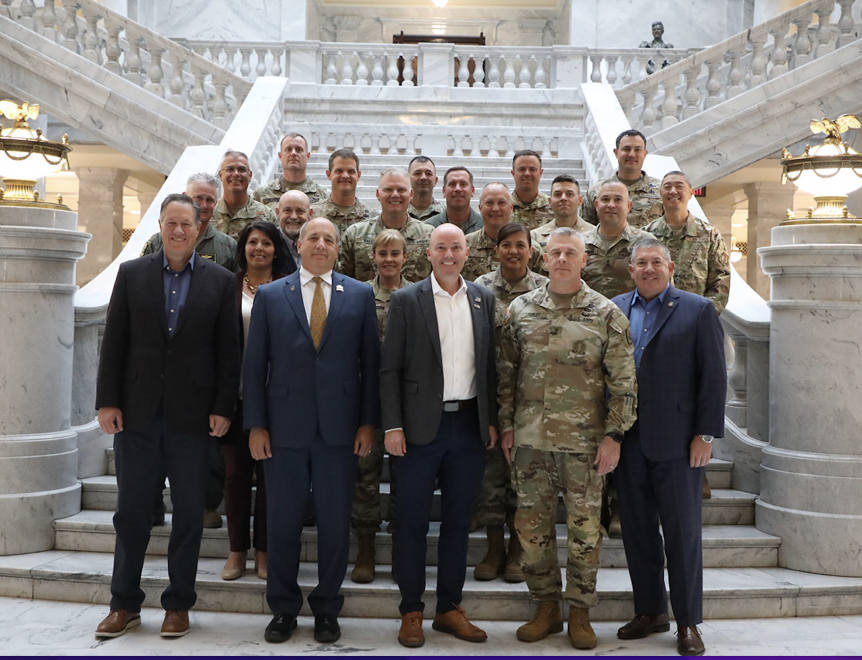 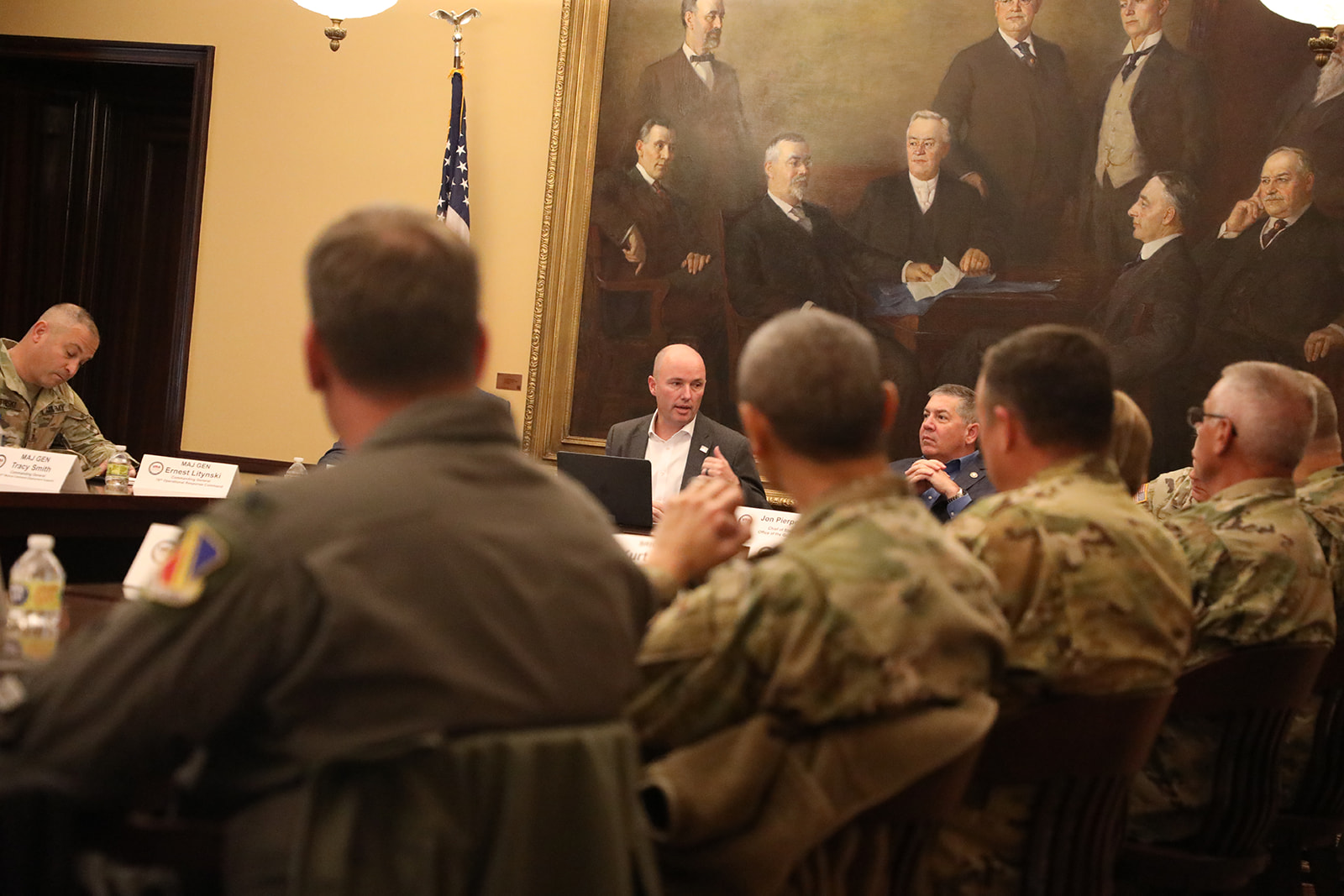 Salt Lake City (Oct. 26, 2022)  — Gov. Spencer J. Cox and the Utah Department of Veterans and Military Affairs (UDVMA) hosted a roundtable discussion on Wednesday with military commanders and leaders throughout the state. Commanders shared updates on their current efforts and challenges they are experiencing including concerns with housing, recruiting and retention. Leadership from the Utah Army and Air National Guard, Hill Air Force Base, Dugway Proving Ground, Fort Douglas, Tooele Army Depot, Marines Corps and Navy units provided updates and challenges during the meeting along with officials from the Utah Defense Alliance and National Security Agency.

“It is a privilege to bring together the military commanders from across the state for an open discussion and to hear updates on their great work and their concerns,” said Gary Harter, executive director of UDVMA. “Today’s discussions were productive and will no doubt inform our continued efforts to not only support and advocate for the important missions being performed here in Utah, but also better serve our service members and their families.”

"A lot of things have changed in our state, our country and world over this past year," said Gov. Cox during the discussion on Wednesday. "This annual discussion is extremely valuable in helping me understand the opportunities and challenges that come with these changes. I believe Utah is the best state for military missions and military families and I will do all I can to ensure it stays that way.”

“Governor Cox, Jon and Gary have been outstanding partners in supporting the efforts of ESGR here in Utah and the awards today hopefully show our appreciation for their leadership,” said Kim Watts, state chairmen of Utah ESGR. “Protecting and advocating for employment and reemployment rights helps keep our reserve components strong, viable and effective elements of our Armed Forces and National Defense.”

Pictures from the meeting and awards can be found here: https://officeofthegovernor.pic-time.com/-govcoxmeetingwithmilitary/gallery